The purpose of the STC Gabriel L. Plaa Award of Distinction is to honour those individuals who have made outstanding and sustained contributions to the science of toxicology in Canada and the Society of Toxicology of Canada.

The Awards committee is chaired by Past President and includes the junior councillor plus two members appointed by the Board from the general membership and who are not members of the Board. In current practice, the Past President as chair of the committee, nominates two members who have familiarity with the candidates work.

Nominations must be made by two regular members of STC, in good standing, but no member may nominate more than one candidate during any one year. Nominations for the award shall be made to the Chairperson of the Awards Committee by July 1st of the year of the award.

Nominations must be accompanied by:

Nominees who are not granted the award in the year of the nomination will be automatically included among the nominees in the two subsequent years unless the sponsors explicitly request otherwise. Sponsors will be invited to update previously submitted information.

The following weighted criteria will be used by the Selection Committee:

Dr. Foster is Professor Emeritus in the Department of Obstetrics & Gynecology, at McMaster University, and a Fellow of the Canadian Academy of Health Sciences. She is also an Adjunct Professor in the Department of Cellular Biology and Pharmacology at Florida International University and a member of the Department of Reproductive Medicine at the University of California, San Diego. Following undergraduate training and a Master’s degree from the University of Guelph, Dr. Foster obtained a doctorate in medical sciences from McMaster University and subsequently joined the staff at Health Canada where she served as the Head of the Reproductive Toxicology Section transferring positions to the Director of Research and Associate Director of Women’s Health at Cedars-Sinai Medical Center in Los Angeles in 1999. Dr. Foster later joined the faculty at McMaster University in the Department of Obstetrics & Gynaecology in 2001. Professor Foster is an expert in reproductive biology and toxicology with more than 200 scientific papers and book chapters. She has received several awards including an Ontario Women’s Health Council Career award and the Canadian Fertility and Andrology Society Award of Excellence in Reproductive Medicine. She has served on numerous international and national expert advisory panels, editorial boards, as well as grant review committees. Dr. Foster is an associate editor for the Journal of Applied Toxicology, Journal of Ovarian Research, and a past President of the Canadian Fertility and Andrology Society. She holds several patents and recently co-founded AIMA Laboratories Inc. to commercialize patents developed over the course of her academic career. 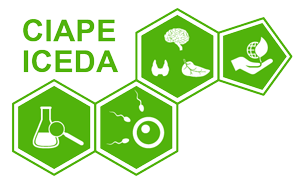